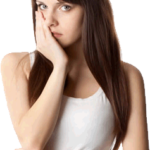 These are just the beginning, however. It’s important to understand that when left untreated, this infection can easily spread into the blood which can then go through your system and especially to affecting your heart. This leads to severe medical issues and complications that can almost always be avoided if the abscessed tooth is treated immediately.

Even in situations where it may take time to get an oral surgeon to extract the tooth, dentists will want patients suffering from an abscessed tooth to get on antibiotics immediately to lessen the chance of the infection spreading and at the very least keep it contained and better controlled.

Not A Minor Problem
An abscessed tooth will at the very least need a root canal, careful medication, and special treatment. However, there are also many times when having an abscessed tooth also means that the tooth will eventually have to be removed. This is often the case with severe tooth decay, so it’s not a problem that should be put off. There are too many health ramifications – so get any abscessed tooth treated by a Charlotte dentist as quickly as possible.